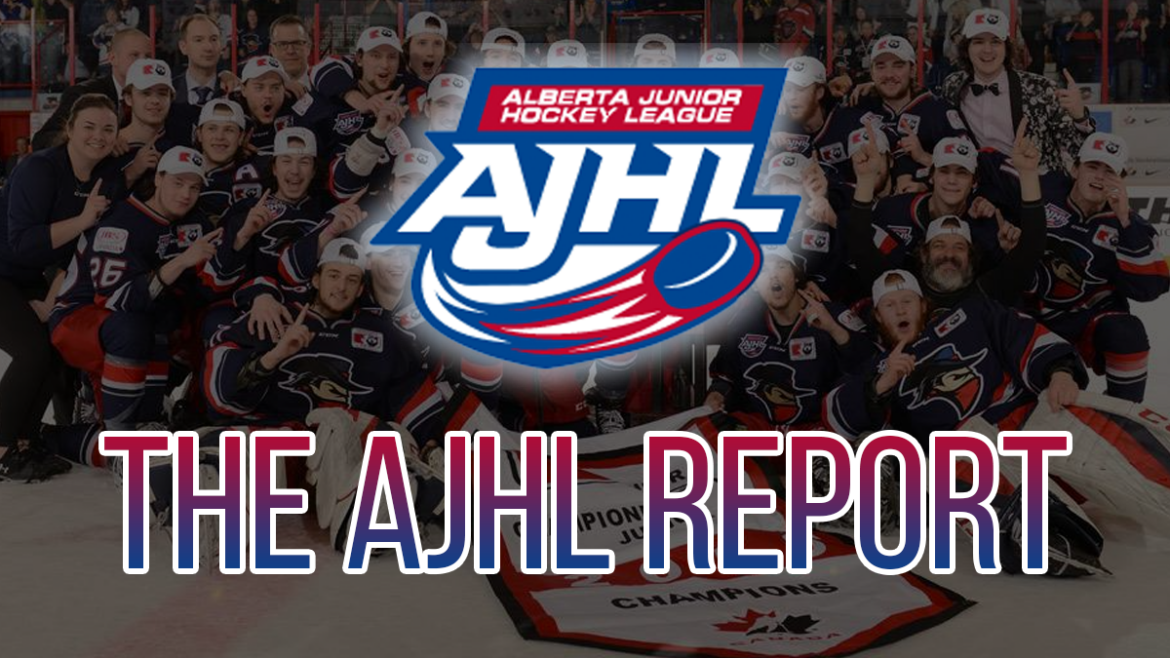 Dubois missed only one regular season game for the Pontiacs in his two years with the organization. They acquired him back in 2018 from the Cowichan Valley Capitals (BCHL) in exchange of Austin Chorney (2000) who never suited up for them.

After those 117 games, Dubois really left his stamp on the organization becoming a reliable two-way forward and helped guide the team to one of their best seasons ever in 2019. He scored 47 goals and 116 points during his time and also 8 points in the 13 postseason games.

Not a bad piece of business considering the guy they traded for him never stepped on the R.J. Lalonde ice.

Last season, Rick Swan and his team made two separate deals with the Drumheller Dragons.

The first deal was for Bruce MacGregor (2001) who the Dragons had recently acquired from the Spruce Grove Saints. MacGregor went onto play 40 games scoring 10 goals and 27 points.

In the second deal which they made at the trade deadline, the Pontiacs acquire UMass-Lowell commit Roc Truman (2001). Unfortunately, in his first game in a Pontiacs uniform, Truman suffered a serious lower body which forced him to be sidelined for the remainder of the season. He did, however, pick up an assist in that game against Sherwood Park.

It was revealed today that defencemen Cayden Shmyr (2000) and forward Andres Bridgewater (2000) were heading the other way.

Shmyr dressed in 45 games for Bonnyville after signing as a free agent from the Calgary Mustangs. He scored eight points in his lone year with the Yaks.

Bridgewater was also only with the Pontiacs temporarily. He was brought in midseason from Cowichan Valley to provide more depth; however, he struggled to adapt back to the AJHL style and scoring only 2 goals in 20 games.

Heading into next season, Drumheller now has only one available 20-year-old spot left. They’ll have Aiden Yakemchuk, Jeremie Roy, and now Shmyr will be their blueliners. Then, Bridgewater will join Shane Ott in the forward group.

Wiesblatt spent his first season and a half with the Brooks Bandits before jumping up to the WHL with the Calgary Hitmen. He made a brief return to the Bandits in 2018 but was later moved to Manitoba to join the Terriers. He played 16 games for the Terriers before giving the WHL another shot where he had a lot more success. In his second attempt at major junior, Wiesblatt dressed in 64 games for the Hitmen scoring 20 goals and 57 points.

After such a successful season with the Hitmen, Wiesblatt will likely spend his final year of junior eligibility in the WHL. However, no decision has been announced yet.

It was the Portage Terriers that released this trade. In their press release, the deal was stated as “Orca Wiesblatt’s (00) CJHL rights have been sent to the Whitecourt Wolverines of the AJHL for F Nolan Doell (01) who was moved to acquire F Jacob Piller (00).”

Another forward leaving the Wolverines and heading to Manitoba next season is Parker Fofonoff (2001).

Fofonoff is joining the Dauphin Kings (MJHL) which they announced on their social media.

He played in 11 games for the Wolverines scoring one goal and one assist.

The Brooks Bandits announced that Daryk Dube-Plouffe (2002) had been acquired today. He joins the Bandits as part of the completion of the Marc-Antonie Benoit (1999) deal which sent him to the Princeville Titans last season.

Dube-Plouffe is a forward who played in 15 games for the Titans last season scoring two goals and five points. He also spent a brief time in the QMJHL with the Quebec Ramparts dressing in three games.

He also played in 22 games for the College Charles-Lemoyne Riverains in the Quebec Midget AAA league last season scoring 20 points.

Myrol just finished his rookie season where he dressed in 40 games scoring 7 goals and 11 points.

In the same release, the Eagles announced the addition of forward Isaac Suppin (2002) and defenceman Parks Wallace (2002).

Suppin joins the Eagles the Pursuit of Excellence of the CSSHL. He had an outstanding season scoring 51 points in 33 games which was tied for first on his team.

They also brought in an American defenceman: Parks Wallace. Wallace is a native of Nashville, Tennesse, and played for the Nashville Jr. Predators last season. In the team’s press release, he was described as a “smooth-skating D that should be able to step in and play in all situations” by General Manager and Head Coach Andrew Milne.