The Pontiacs also brought in Andres Bridgewater from the BCHL but he is yet to see the ice due to an injury. 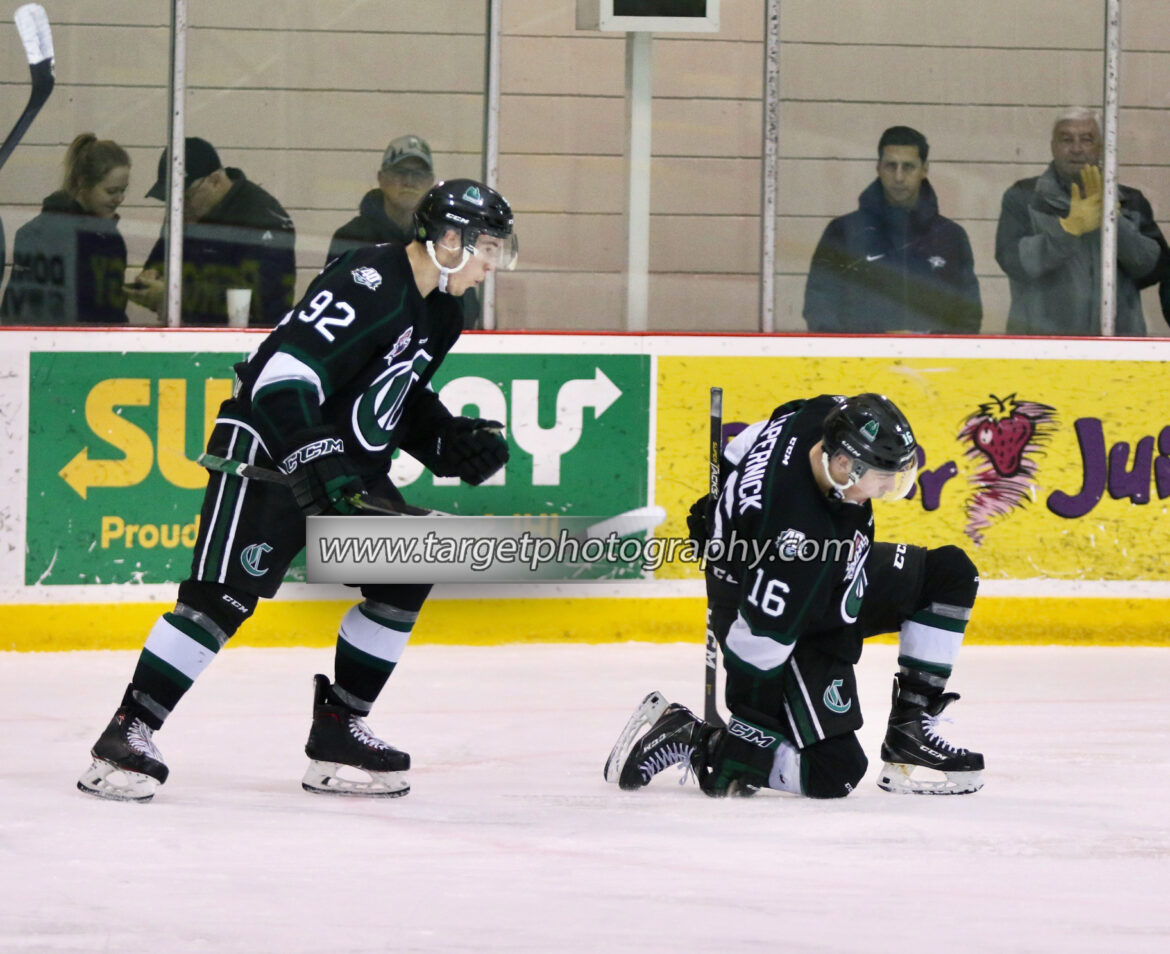 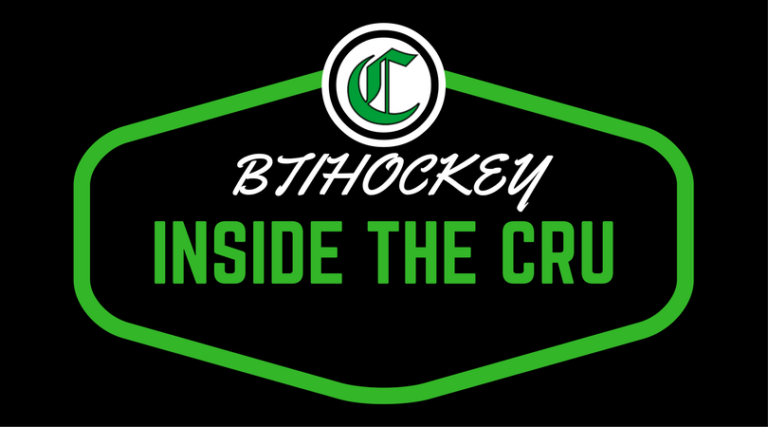 This week on #InsideTheCru Tyler Yaremchuk chats with Crusader’s defenseman Vinny Prospal on the team’s loss to Bonnyville, his transition to the AJHL, and more! 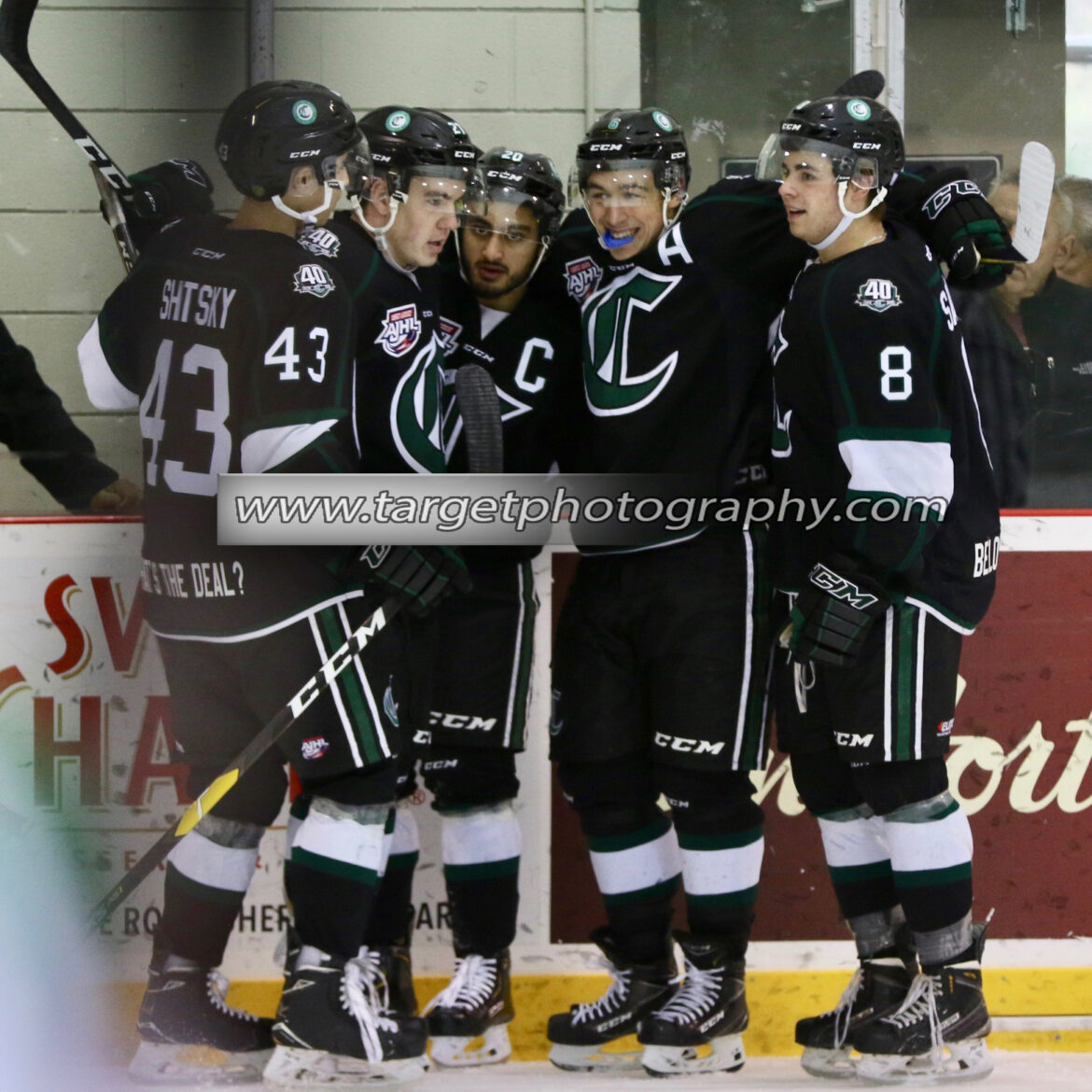 This week on #InsideTheCru Tyler Yaremchuk is joined newly acquired Crusaders forward Jake Kendall! He also talks about the next week on the teams’ schedule and some changes coming to the AJHL.

This week on Inside The Cru Tyler Yaremchuk takes a look at the team’s recent run, talks about if they can catch the Brooks Bandits for the top spot in the league, keeps an eye on some potential record-breakers, and more!

This week on the podcast, Tyler Yaremchuk talks to Crusader’s defenseman Max Wutzke on his first few months with the team and a 2018 injury that put more than just his hockey career at risk. 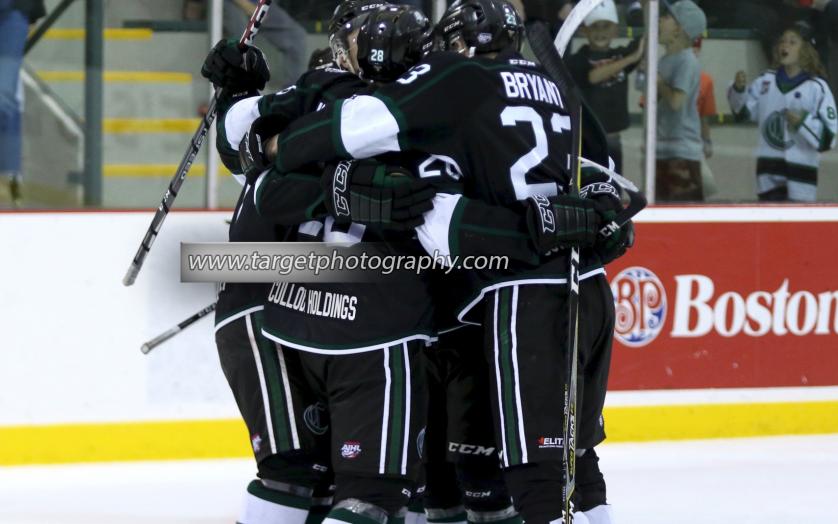 Tonight, the best team in the AJHL’s North Division was taking on the hottest team in the North as the Bonnyville Pontiacs, who have won five of their last six games, rolled into the Sherwood Park Arena to take on the 20-2-0 Crusaders.

The Cru has been enjoying some time off as of late. They haven’t played since last Wednesday when they beat the Lloydminster Bobcats 4-0. For the Pontiacs, they’re coming off a 3-0 loss to the Canmore Eagles but before that, had rattled off five consecutive wins.

This was also the first meeting of the year between these two teams. Considering that there’s a very real possibility that these two teams end up meeting in the playoffs, tonight is a big measuring stick game for both sides.

Here’s how things played out:

The opening frame got off to a bit of a slow start, but the Crusaders managed to get on the board first thanks to a great shift by their fourth line. The play started in their own zone and ended with a nice passing play that Brett Hyland initiated, and Brett Weishcorster finished off.

The Pontiacs needed just ten seconds to respond as Marc-Antoine Benoit stepped into the o-zone and ripped home a wrist shot. His 10th of the season was an absolute beauty.

The Crusaders seemed to pick it up for the remainder of the first period. They hit a pair of goalposts and had a handful of nice chances on their first powerplay opportunity; they just couldn’t find the back of the net.

The Crusader’s top line got on the scoresheet just 54 seconds into the period. Will Zapernick netted his 16th of the year while Carter Savoie got an assist, which padded his lead in the AJHL scoring race. He’s up to 45 points on the year. Michael Benning also picked up his 34th point of the year. He leads all defensemen in scoring.

Once again, Bonnyville had a response and evened things up at two around the eight-minute mark. The second period was much closer than the first, and honestly, Bonnyville did a pretty good job of putting pressure on the Crusaders. You can only prevent the Crusaders from getting offensive chances for so long, but I thought the Pontiacs played a suffocating style of hockey. They’re a much quicker team than I thought they’d be.

Neither team found the back of the net again in the second period.

Right off the bat, the Crusaders were given back-to-back chances with the man advantage, but they weren’t able to generate much in the form of high-danger chances. Given the amount of skill they have, I would like to see them have more of a killer instinct when they’re given powerplays at crucial moments. Tonight’s poor performance dropped them to fourth in the AJHL in terms of PP%.

Of course, as it usually goes in hockey, once the Pontiacs killed off their two minor penalties they were given their own set of back-to-back powerplays. The funny thing about this sequence from a Crusaders perspective is that they almost scored on a shorthanded two-on-one. Their best chance during the first ten minutes of the period came while shorthanded, not during one of their two powerplays.

While their powerplay let them down, their penalty kill bailed them out during the first ten minutes.

The home side even got another chance on the powerplay in the final ten minutes, and once again, they had nothing to show for it. They did seem to gain some momentum from their sixth powerplay opportunity of the night and controlled the play for the rest of regulation.

With just over two minutes remaining, the Crusaders got one more shot with the man-advantage, and they did not let this one go to waste. Jarred White scooped up the puck in the neutral zone, and just as he did, a Pontiacs defenseman blew a tire and White walked in and fired one over the glove hand side of Easton Hesse (who was very good tonight).  That gave the Crusaders a 3-2 lead, and they held on for the victory.

The Crusaders will look to win their fourth in a row this Saturday night when they roll into Revolution Arena to take on the Grande Prairie Storm. Puck drop goes just after 7. Also, don’t forget that a new episode of Inside The Cru will drop this Thursday and you can tune into TSN 1260 this Saturday for Inside The AJHL!

This week on #InsideTheCru Tyler Yaremchuk is joined by AJHL Writer Liam Horrobin to talk about the Crusader’s recent play and the North Division through two months. Also, check out our fancy new player! It comes with an option to directly download the episode to your device so you can listen on the go!