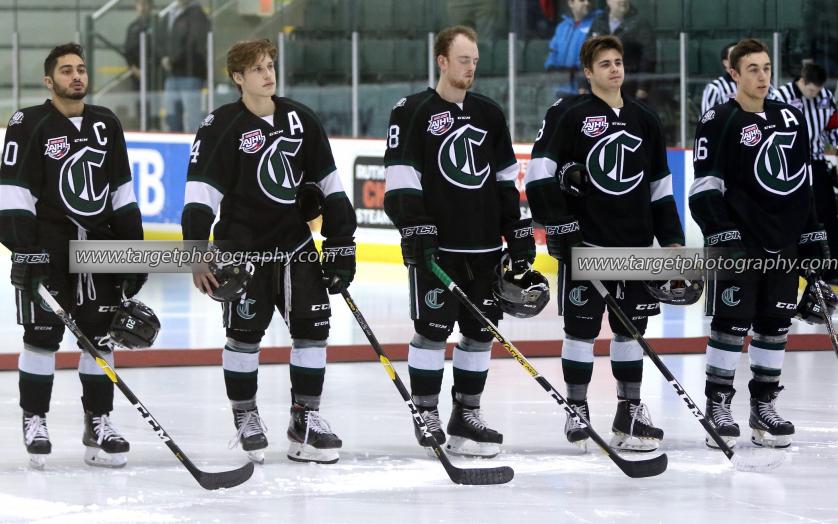 There are very few meaningful games left of the schedule for the Sherwood Park Crusaders but this afternoon was certainly one. The Cru hosted the Bonnyville Pontiacs in one of their final matchups against a top-four North Division opponent. For the Cru, they had a chance to drop their ‘magic number’ to clinch the division to just one. For the visiting Pontiacs, they were looking to keep pace with the Whitecourt Wolverines, who came into Sunday one-point up on the Pontiacs for third place in the North.

Well, if you like powerplays, then you really would have enjoyed the opening frame. The Crusaders were already on their second man-advantage before the game was even five minutes old. They didn’t generate a shot on their first attempt, but they delivered on the second as Arjun Atwal fired home a one-timer. It was an absolute rocket.

It did not take very long for the Pontiacs to respond as 76 seconds later, on the powerplay, Matthew McKim found Thomas Kramer in front. The Crusaders looked good up until that point, but once Bonnyville scored, they took over the game. At one point, the shots were 13-3 in favour of the visitors, and they just continued to hem the Cru in their own zone.

Bonnyville would take the lead with just over five minutes to go in the period when Captain Joel Ray’s wrist shot went off the bar and in. His 10th of the season put the ‘Yaks up 2-1, and they managed to hold onto that lead for the rest of the period.

The Pontiacs started the period on the powerplay but an unfortunate gaffe behind the net by goaltender Easton Hesse allowed Jacob Franczak to tuck in a shorthanded goal, one of the easier goals he’s probably scored in his career.

As was the trend with this game, it did not take the Pontiacs very long to respond. While still on the same powerplay in which they gave up the shorthanded goal they restored their two-goal lead when Dane Dubois stepped into the slot and picked a corner on Carter Gylander.

For a good chunk of the second period, it seemed like the Crusaders simply needed a spark. At the 15 minute mark, their top-line had a really dominant shift, and it seemed like that was going to get the rest of the team going, but a kneeing penalty called on Nicholas Magis, and a holding call of Arjun Atwal seemed to put a halt on any momentum.

The Crusaders were understandably angry at the officiating crew for the call on Atwal and in hindsight, it may have woken the Crusaders up. They killed off the penalty to Magis, and once Atwal returned to the ice, their play picked up.

They got some sustained zone time and eventually got the Pontiacs to take a penalty. The ensuing powerplay was, without a doubt their best of the game. They held the puck in the offensive zone for essentially the entire two-minutes and then as the penalty expired, Jacob Kendall spun around in front of the net and slid home his 16th goal of the season.

The home side wasn’t done there. The offensive chances continued to flow, and while Hesse was strong, turning aside 16 shots in the middle frame alone, the Crusaders would tie things up before the end of the period. Jarred White burst in down the wing, threw a hard shot towards the pads of Hesse, followed the puck to the net, and managed to pick up his own rebound, firing it past the Pontiacs goaltender. After the first period, I tweeted out that it was going to be a hell of a hockey game and the second period lived up to that hype.

As expected, things really tightened up in the third period. There weren’t as many scoring chances being thrown around, and you could tell that each coaching staff has emphasized being safe with the puck.

The Crusaders got a lead for the first time since the 5:39 mark of the first period as their powerplay struck once again. Michael Benning and Carter Savoie played catch before connecting with Will Zapernick who buried his eight powerplay goal of the season.

The Pontiacs pushed really hard throughout the rest of the third but just couldn’t find a way to solve Carter Gylander. The Crusaders stopped turned aside 12 shots in the third period including a breakaway and a couple of two-on-ones. He was simply sensational. It always amazes me how well he moves for a big goaltender. He makes a lot of cross-crease saves look incredibly easy.

The Crusaders would survive a few late scares and put this game away with an empty netter, sealing up a 6-4 victory. Their fifth win in a row.

The Crusaders will be gunning for their sixth straight victory on Wednesday as they head to Lloydminster to take on the Bobcats. While Lloyd does sit dead-last in the North Division, they have really taken some positive steps forward since the calendar flipped to 2020. Assuming the Spruce Grove Saints keep winning, Wednesday will be the Crusader’s first chance to clinch first place in the North Division officially. 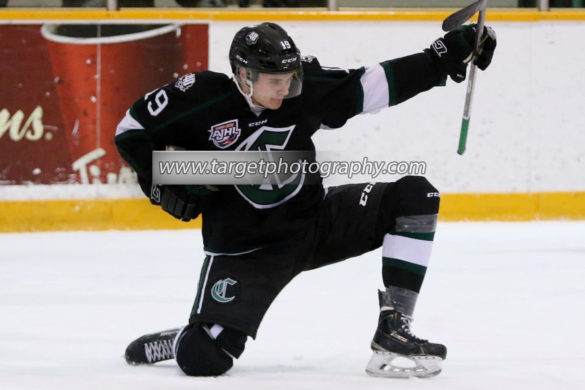 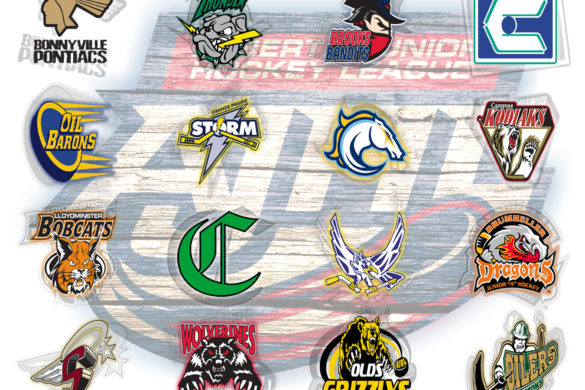 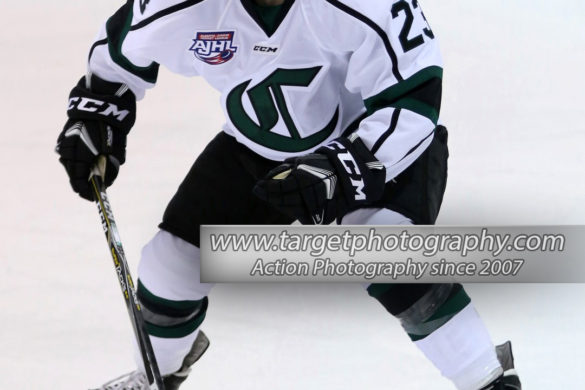 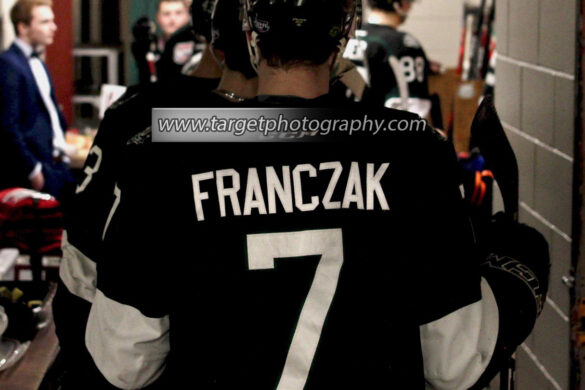