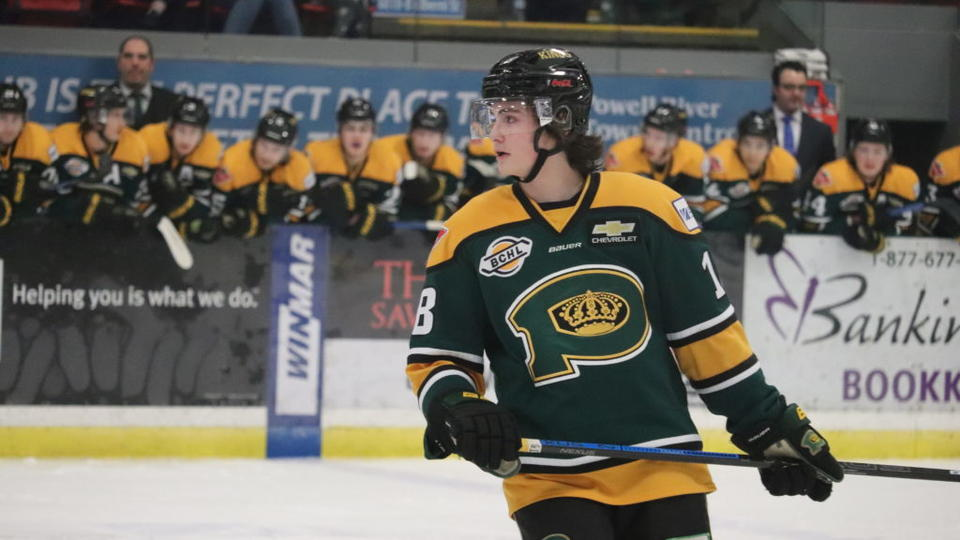 Edmonton Oil Kings General Manager, Kirt Hill brought in an eighth-round draft pick in 2021 yesterday from the Everett Silvertips in exchange for unsigned prospect Michael Abgrall (2003). Also attached to the deal is a conditional second-round pick for 2023 which we will get to a later on.

Abgrall was the first pick of the fourth round in the 2018 WHL Bantam Draft going 67th overall to the Oil Kings. He’s a 5’10”, 152lb left-handed centreman from Richmond, British Colombia.

He’s currently playing for the Powell River Kings in the BCHL where he just wrapped up his rookie season. The Kings finished third in the Island Division behind the Nanaimo Clippers and Cowichan Valley Capitals with a 29-23-6 record; however, they didn’t stay in the postseason for long falling in 4-1 in the first round to Cowichan Valley.

Abgrall had a strong rookie season in Powell River. He became of the teams top offensive talents scoring 13 goals and 37 points in 57 games. He then continued his strong season into the postseason scoring two goals and four points in their first-round matchup against the Capitals.

In November 2019, he opted to take his career down the NCAA route and committed to the University of Nebraska-Omaha for the 2021-22 season.

If the Everett Silvertips can convince him to sign with them instead of going to the NCAA, the Oil Kings will then receive a second-round pick for the 2023 WHL Bantam Draft.

Edmonton now has 12 picks for the 2021 draft including two first-round picks after they acquired a second from the Kelowna Rockets last season.