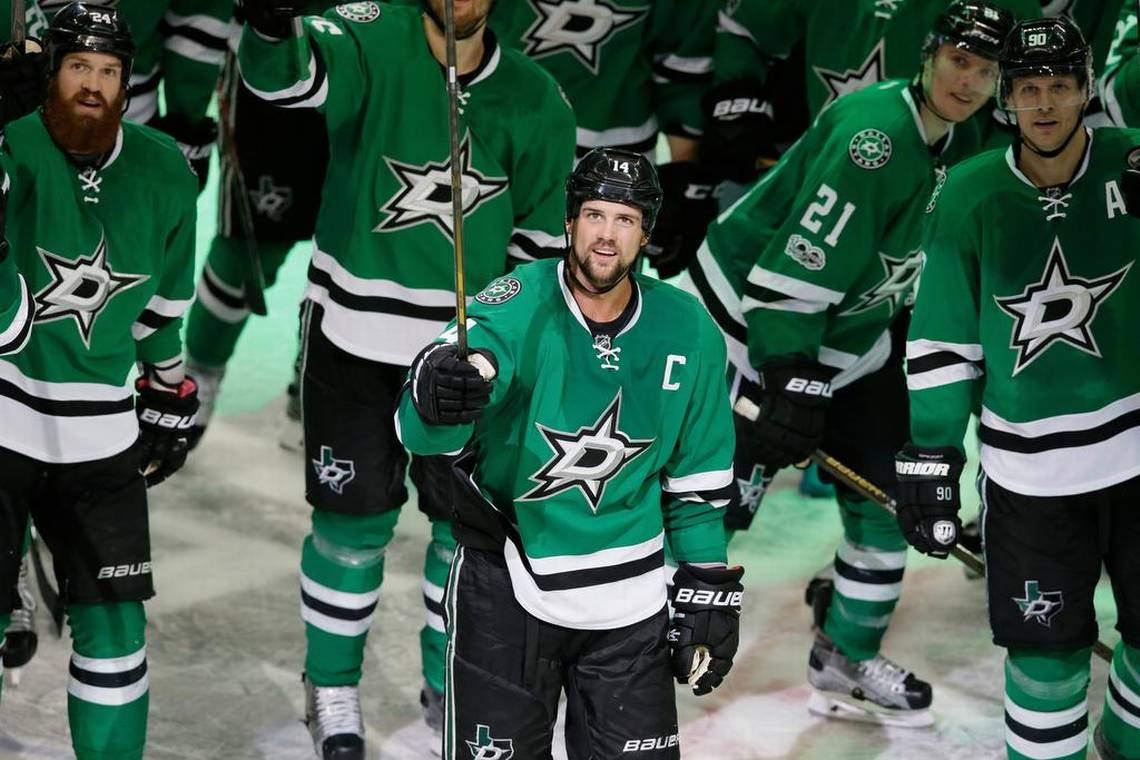 The trip through the Central Division takes a stop in the lone star state of Texas,  as we take a look at the Dallas Stars.

The 2017-18 season was supposed to be a bounce back year for the Stars after finishing 11th in the Western Conference with a record of 34-37-11 in 2016-17. While the Stars did improve last season finishing with a record of 42-32-8, the Stars still missed the playoffs by three points finishing sixth in the division and 10th in the conference.

Much of Dallas’ woes came when playing away from the American Airlines Center, posting a record of 16-20-5 away from home, compared to their home record of 26-12-3.

Dallas made some big moves last off-season. They acquired the negotiation rights to goaltender Ben Bishop  in exchange for a fourth-round pick and promptly signed him to a six-year deal with a 4.1967 AAV. Dallas also acquired defenseman Marc Methot from the Vegas Golden Knights in exchange for a second-round pick in 2020 and prospect Dylan Ferguson.

The Stars were lead by the usual suspects of, Jamie Benn and Tyler Seguin who had 79 and 78 points respectively. John Klingberg had a career year on defense pitching in 67 points. New comer Alex Radulov had a career year as he had 72 points improving from the 62 he had in Montreal in 2016-17.

Dallas’ two big problems were scoring depth and injuries. Aside from Benn, Seguin, Radulov and Klingberg, no other Stars player had more than 35 points last season. This includes Jason Spezza, who only was able to muster 26 points last year. Martin Hanzel suffered from both a lack of scoring and injuries last season. Hanzel suffered back problems all season, limiting him to 38 games and 10 points. Hanzel underwent spinal fusion surgery back in March and will possibly be back by November.  Ben Bishop was also injured on and off throughout the year limiting him to just 53 games last season.

Dallas addressed some much needed scoring depth needs this season.  Signing Valeri Nichushkin, Dallas’ former first round pick in 2013 looks as if he will slat into the second or third line. Nichushkin spent the last the last two seasons in the KHL honing his game as many labeled him a bust after his first three seasons in the NHL.

The Stars also signed Blake Comeau in free agency. Comeau played the last three seasons with Colorado where he has averaged around 30 points a season. Filling right into the mold of Dallas’ secondary scoring being unable to eclipse 35 points. However Comeau is essentially replacing Antoine Roussel, who signed with Vancouver in free agency. Comeau is more skilled than Roussel so he should be able add more scoring help than Roussel was able to muster.

Dallas’ finished off their signings by bringing in Anton Khodobin on a two-year deal. Khodobin is a very reliable back- up, so if Bishop does happen to get hurt again, Khodobin should fill in nicely.  Khodobin played the last two years with the Boston Bruins backing up Tukka Rask.

However Dallas got weaker on the defensive side of the puck by losing Dan Hamhuis to Nashville in free agency. Unless one of the Stars prospects is able to make the jump their will be a hole on defense.

With a hole on Dallas’ blue-line, Miro Heiskenen is poised to make a big impact in the Stars line-up this year.  Heiskenen was the third overall pick in the 2017 draft and is known for his smooth skating, strong two-way game and puck handling skills.

So far throughout the off-season, Heiskenen has been praised for his maturity on and off of the ice by General Manager Nill.  This should see him jump right into a impact role with the Stars this coming season.

Heiskenen should be a lock for first or second paring defeseman along side John Kilingberg. Heiskenen should also see some power-play time this year. With the possibility of Benn, Seguin, Radulov, Klingberg and Heiskenen all on the same power-play unit, it could form one of the more dangerous tandems in the NHL.

The jump to the NHL is usually a little tougher for defenseman, but Heiskenen should fair well this season. The weight will be on his shoulders to produce right away, however he the skill set to live up to the hype.

The time will never be better for Radek Faksa to prove that he is a second-line center in the NHL. With Martin Hanzel being out for at least the next couple of months and Jason Spezza seemingly regressing to a third/fourth line center role, Faksa’s only real competition for the second line center position would be Mattias Janmark, who out scored Faksa by one point last year.

Faksa was originally drafted back in 2012 with the 13th pick in the first round. It took Faksa a while to make the jump to the NHL, not making his NHL debut until the 2015-16 season.  Faksa had a tough time in the AHL as he was often injured, hampering his chances at developing into an NHL player Since getting the chance to play in the NHL Faksa has remained healthy and looked pretty good in his first two full years as a NHL pro.

Should Faksa win the second line center role, he should see playing time Valeri Nichushkin, which would give him the opportunity to enhance his stats with a skilled winger by his side.

One could argue the Jason Spezza has already regressed. However it seems he may be in for an even bigger dip in production this season. Spezza is currently 35 years old and has been seeing his production drop off the past couple of years.  Spezza hit the 26 point plateau last season, after hitting 50 in 2016-17.

Spezza has slown down since coming to Dallas, and with the game speeding up he simply can’t keep up anymore. With half of his goals and nearly half of his assists coming on the power-play, and with third or fourth line minutes more than likely coming this season for Spezza, he may be reduced to a power-play specialist with his limited ice time.

Dallas will be one of those close teams again, but will once again fail to make the post season, by 10-12 points. With the Centeral Division being as tough as ever it will be, and a way improved Pacific it will be extremely difficult for Dallas to get in.

Unfourtanlty the Stars with scoring depth still being an issue, a defensive core that has nice peices but is unprooven and a goalie that has a history of injuires, it seems the Stars will be on the outside looking in come playoff time.

The Stars need more identity than just being lead by three or four guys every year. Yes, Seguin and Benn will always produce as long as they are together baring injuries. It is the rest of the team though, the uncertainty of others stepping up in key situations will be Dallas’ downfall this coming season.  Dallas has most of the pieces to be a Stanley Cup contender, it will be putting the pieces together that will be the challenge for Dallas going forward.