On this Monday morning, take a look back with us at all the news that happened around the AJHL.

Also, check out our full up to date rosters for the upcoming season here. If you notice any mistakes or see any players that need to be added, please contact us.

And finally, before you start reading, we’re also looking for new contributors to join us. We’ve got a variety of different position available with no experience necessary. Click here is you’re interested, and if you have any questions please reach out to us.

Yesterday, the NHL announced the finalist for the Bill Masterton Trophy. The award is handed out to the player who best exemplifies the qualities of perseverance, sportsmanship and dedication to ice hockey by the Professional Hockey Writers Association.

Each team has one player nominated for the award and this year the Winnipeg Jets nominee was former Bonnyville Pontiacs forward Mark Letestu.

Letestu played 190 games for the Pontiacs scoring 118 goals and 248 points. In his final season in Bonnyville, Letestu scoring 50 goals in 58 games and was the last player to achieve that tally until Chris Van Os-Shaw (Spruce Grove Saints) hit it in 2018.

The winner of the award will be determined at a later date.

Hockey Canada announced their 46 man summer selection camp roster for the Hlinka Gretzky Cup that was supposed to take place in Edmonton and Red Deer. However, due to COVID-19, the event was cancelled but Hockey Canada opted to honour those who would’ve been selected for the camp.

One name on that list who Corson Ceulemans on the Brooks Bandits which shouldn’t be surprising people.

Ceulemans had a fantastic first full season with the Bandits and scored at almost a point per game rate with 35 points (5 goals, 30 assists) in 44 games.

He represented Team Canada at the World Junior A Challenge in Dawson Creek too but was held scoreless in four games. However, that wasn’t the only time he wore the Maple Leaf last season. Ceulemans was also selected to play for Team Canada Black at the U17’s where he had four assists in as many games.

Ceulemans is committed to the University of Wisconsin for the 2022-23 season.

Cunningham joined the Bandits in 2014 as the Assistant Coach. Three years later, he earned himself a promotion and was named the teams Assistant General Manager too.

Before joining the Bandits, Cunningham was the Head Coach of the Helena Bighorns of the AWHL and formerly NPHL.

You can read more about his career, and comments from Ryan Papaioannou, in the team’s press release which can be found in the source bar.

The Grizzlys announce their 2021 staff

The Olds Grizzlys made their 2020-21 coaching staff official today.

Behind the bench for the Grizzlys will be Scott Atkinson who they hired in January as the replacement to Joe Murphy.

Olds went 1-10-2 to finish off the regular season with Atkinson at the helm. However, despite their poor record, they pushed the Drumheller Dragons to their limit in the postseason. They stole game one on the road 4-1 and then fell short in overtime in game three back at the Olds Sportsplex. The Dragons did go on to win the series 4-1, but Atkinson’s Grizzlys showed plenty of promise.

Joining Atkinson on the bench is returning assistant coach Pete deGraaf for his third season and new assistant coach Austin Ehret. Ehret will also be the team’s equipment manager and athletic trainer.

The team release also noted that director of scouting Jason Petrie and team physician Dr Andrew Jackson would be returning.

Scott Atkinson and his team went out and signed Ethan Matchim from the North Okanagan Knights as they look to get stronger heading into the 2020-21 season.

Matchim is a 2002 born defenceman who had one goal and eight points in 18 games last season with the Knights. He also contributed two goals in five postseason games.

The Lee Creek native will bring plenty of size to the Grizzlys blueline. Matchim stands at 6’5 and weighs in at 209 lbs making him a big physical presence on the ice.

It wasn’t too long ago that the AJHL world was talking about Jacob Franczak committing to the University of Alabama-Huntsville. Then, of course, shortly after his commitment the news broke that the Chargers were struggling financially.

Franczak played in three seasons for the Crusaders dressing in 159 regular season games and scoring 34 goals and 90 points. He’ll be heading into his collegiate career off the back of a career year. The Edmonton native scored 18 goals and 43 points in 53 games. He was also an assistant captain.

The third and final University of Alabama-Huntsville commit from the Sherwood Park Crusaders has chosen to move on from the program.

The Sherwood Park Crusaders announced yesterday evening that Jarred White has committed to Western Michigan University for the 2020-21 season.

White had a career season with the Crusaders after being acquired in the off-season from the Fort McMurray Oil Barons. In 55 games in Sherwood Park, White scored 29 goals and 65 points which helped him earn an NCAA commitment.

Western Michigan played in National Collegiate Hockey Conference. The University of Denver also plays in that conference were White’s three teammates from last season – Carter Savoie, Michael Benning and Reid Irwin – will be attending next season.

Ashton McNelly joins Tyler Yaremchuk on Inside The Cru

Ashton McNelly is one of the Sherwood Park Crusaders latest recruits. He spent last season captaining the Fort Saskatchewan Rangers (Midget AAA ) and played in the one game for the Cru.

Yesterday, Tyler Yaremchuk was joined by the new Crusaders forward on Inside The Cru. Check out the full interview here.

An interesting deal went through today in the WHL which saw Stanley Cooley get moved from the Prince George Cougars to the Seattle Thunderbirds.

Cooley has spent the previous two seasons with the Spruce Grove Saints were he played in 112 games scoring 23 goals and 60 points. He was also named to the AJHL North All-Rookie team in 2019.

What is intriguing about the deal is that the Thunderbirds and Saints have the same ownership group. In the past, the Thunderbirds have used Spruce Grove as a development program with the like of Sam Popwich, Reid Schaefer, and Jordan Gustafson all playing for both the Saints and Thunderbirds last season.

This could turn out to be nothing; however, the intriguing is there.

Cooley is currently committed to the Northeastern University Huskies for the 2020-21 season.

The Spruce Grove Saints went out today and add another defenceman to their blueline.

Salvatore Bertucci (2001) is heading west from the Trinity College School (CAHS) in Port Hope, Ontario, where he served as the captain last season.

In 110 games for the program, Bertucci contributed with 23 goals and 76 points.

He now becomes the third defenceman to sign with the Spruce Grove Saints this off-season.

The Whitecourt Wolverines have had a busy offseason recruiting players from all over the continent.

Today that trend continued after they announced the signing of Zach Hatch (2002) from the Stratford Warriors of the Greater Ontario Junior Hockey League.

Hatch is a 5’10, 163 lbs defenceman from Elora, Ontario. Last season, in his first year of junior hockey, Hatch scored 5 goals and 18 points in 50 games with the Warriors.

He now becomes the 11th player the Wolverines have signed to a letter of intent this offseason.

The Whitecourt Wolverines had one of the best goaltending duos in the AJHL last season in Connor Unger and Vincent Duplessis. However, with Duplessis heading to Boston University next season and Unger likely going to the WHL, Whitecourt went out and brought in a new shot-stopper from the OJHL.

Sebastian Labora was acquired from the St Michael’s Buzzers in exchange for future considerations. 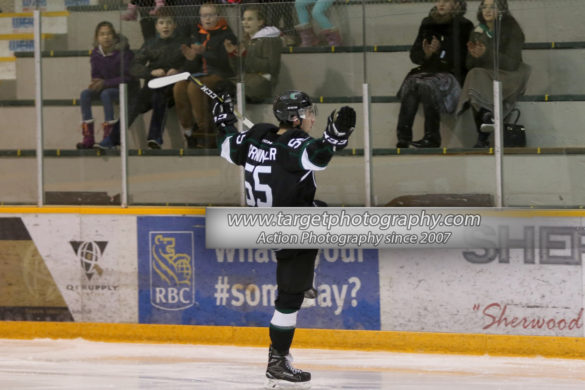 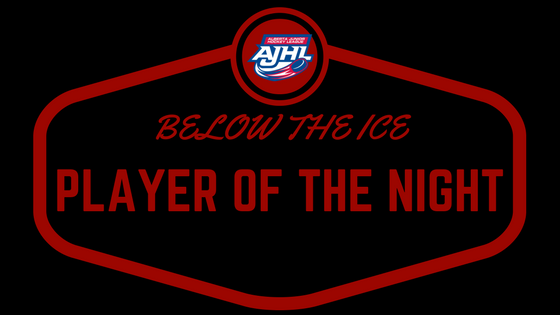